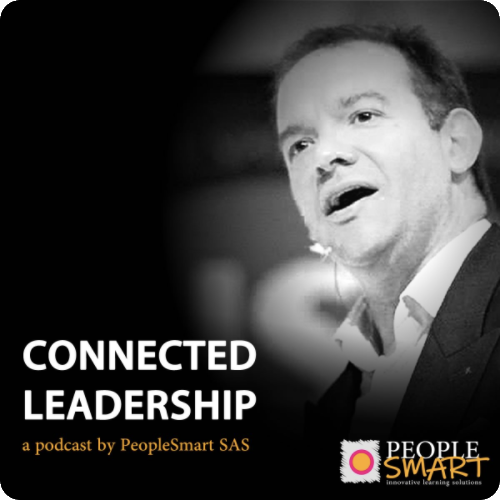 According to Forbes.com Andy Lopata is ‘a true master of networking’. Andy calls it ‘building strong professional relationships’ and in this interview shares the many reasons that this is such a vital business skill. He talks about ‘how to work a room’ as being all about ‘not being attached to the outcome’ and taking the long term approach versus trying to ‘win’ in the short term.

For Andy, empathy and authenticity are crucial factors in successful networking. Way more so now in the world of virtual gatherings. Leadership can be a lonely experience, especially in light of social distancing, and it is even more important now to build a strong support network. Other topics we discuss include ‘cognitive diversity’ in networking, how to protect your reputation, and the answer to the question “How social should we be in our professional lives?”

Andy Lopata is an acclaimed professional relationships strategist, with global clients including Paypal, GlaxoSmithKline and Brother.

He has written four books on networking and often been quoted in the media, including The Sunday Times, The Financial Times and Inc. In fact, the FT called Andy ‘one of Europe’s leading business networking strategists’ and both Forbes.com and The Independent called him ‘a true master of networking’.

Andy holds the PSAE award – that’s the UK’s top award designed to recognise excellence in professional speaking. He is a Board Member and Director of the Fellow’s Community of the Professional Speaking Association (PSA) UK and Ireland and a member of the Global Speakers Federation (GSF). He’s also a Fellow of the Learning and Performance Institute (LPI), and a Master of the Institute of Sales Management.